7 October 2021
Digitization and our government: the next big steps.

Digitization and our government: the next big steps.

The fourth episode of the Wired for Growth podcast is all about the buzzword: data. Our hosts are having an interesting talk with Barbara Van Den Haute, administrator general of Digitaal Vlaanderen, the institution that is responsible for the digitization of the Flemish Government. Well-known for the high-ranked apps such as CovidSafe and Itsme. 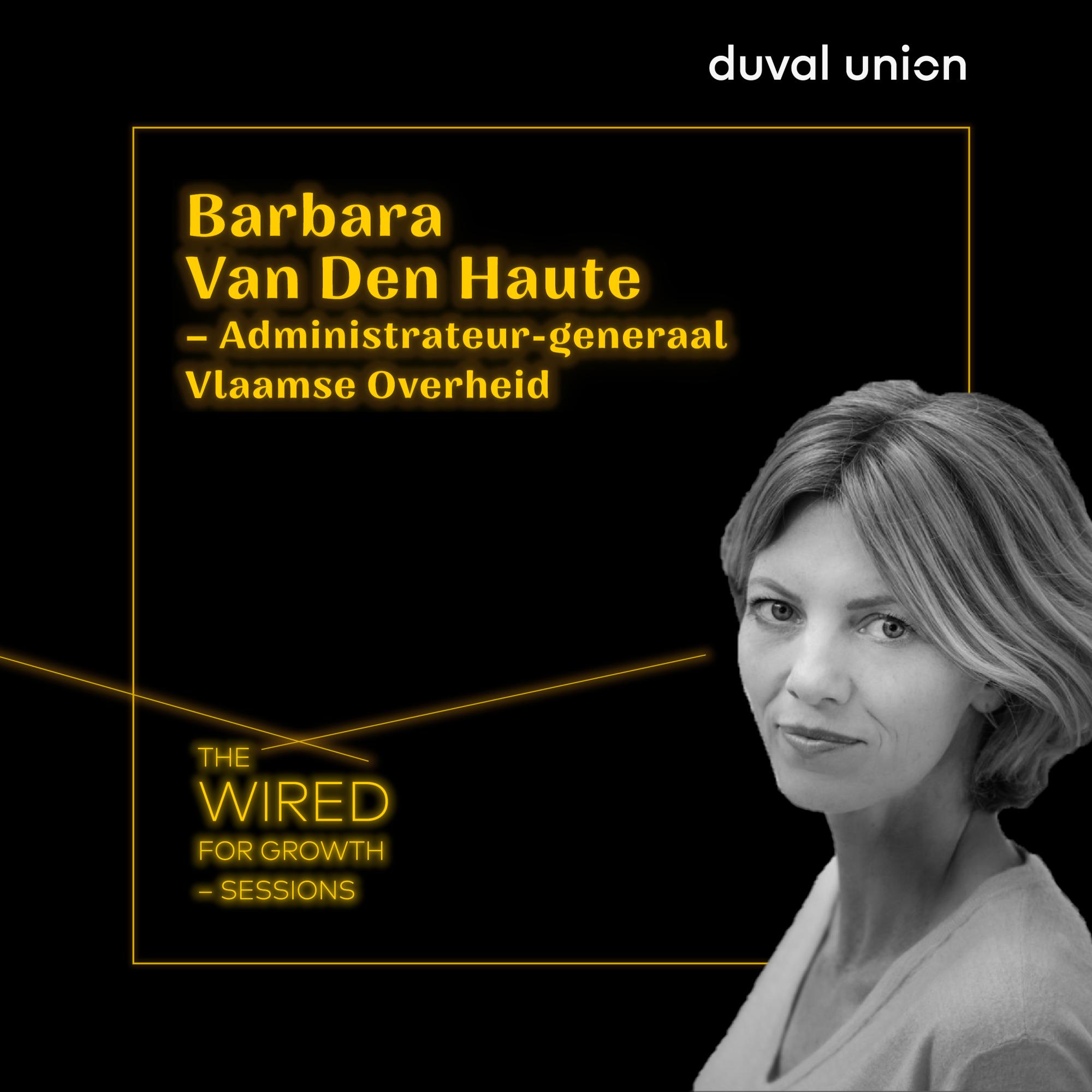 On the other side of the microphone we have Renout van Hove of GrowthAgent, a digital pioneer who is passionate about technology and helps brands make the rights decisions when it comes to data-driven applications. Both industries – private and public – are focusing on the relevance for the end-user and how to obtain this by data sharing.

Needless to say that the crisis in 2020-2021 was the main catalyst for the quick adaptation of digitized healthcare apps such as CovidSafe. Renout points out the acceleration of adaption. Back in time,  CRM systems took ten years to be fully embraced, followed by marketing automation which got adopted more quickly. The newest customer data platforms are now being included in no time. Not to mention the exponential growth with AI that is in front of us. This brings us to AI's necessary source: data.

The main goal of Digitaal Vlaanderen is collecting data, which back in the days was a hell of a task: working with old data, strict GDPR-rules, and agreements between different institutions. History teaches us that we know that a crisis connects and this time, the common goal encourages us to join forces and share data.

Although it might seem as if these apps appeared without warning, it is based on investments from the past that made it possible. “The reason why we were able to react as quickly and to the point on these changes was due to investments and efforts that were already been made”, thus Barbara. “Our collaboration with research center Sciensano months before made that we could act fast. Next to that, data sharing platforms, such as MAGDA and low coding accelerated the process.“

Trendsetters in this domain are the Baltic countries with on top of the list: Estonia. They have the lead in innovation and technology with their secret ingredient: a cross-domain approach. From the beginning, the Estonian government combines private and public data sharing. The Belgian government is now focusing on creating a public utility. Providing necessary data, in which the government is playing the trusted third party. A big KPI of this project is that private shareholders join next to the government as independent parties. This will lead to the desired decentralized architecture in data sharing, which again will simplify and accelerate data sharing. 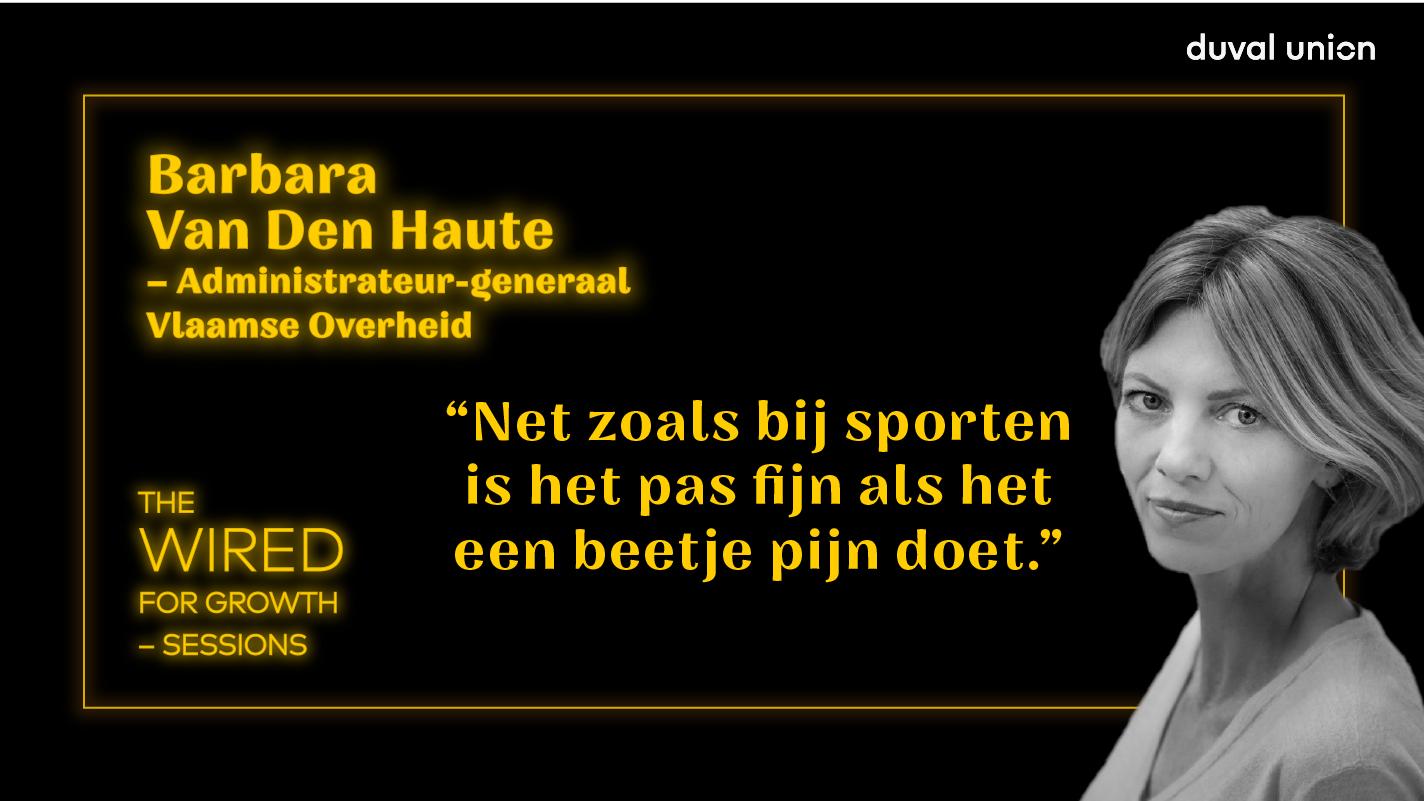 Private shareholders or public institutions… are all dealers in trust. How can we create the best experience for the end-user so they have trusted in their data being captured? Leading countries are implementing the recurring principles: trust and transparency.

Are we talking about privacy or control? According to Barbara, it’s about giving the feeling of having control: users can indicate their approval. The best way to be trustworthy is by communicating transparently. By all means – the user has the possibility at any given moment to check their account and see which personal data is being transferred.

Despite trust and transparency, there won’t be a million downloads with a bad experience and a crappy interface. Convenience and usability are key to adoption. This is one of the reasons why the Itsme application is such a hit. Humans are by nature more conservative when it comes to changes. Simplicity is the go-to go when it comes to digitization. We go on the internet to spend time online or to get things done. For government affairs we opt for the last one: we want to do something with as little effort as possible. People don’t like to search, they like to find. It’s the rewarding feeling when we find what we were looking for that gives us that endorphin shot. According to Renout, there are three factors to look for when creating a joyful digital experience for the user:

Trust – being the essential number one – without trust, the end-user won’t give you his data

Convenience – ‘don’t ask me twice’, the application should be clear and unambiguous

Reward – this could be a completed task, a confirmation, a purchase or a funny YouTube video

These three factors are not nice to haves but should be a standard attitude when it comes to digital experiences.

Hungry for more details about this data-sharing approach? Head over to your favorite podcast streaming platform (Apple, Spotify, Stitcher) to get all the insights from Barbara Van Den Haute and Renout van Hove.

Book your seats now for the 5th conference on growth